Staff member
Used for the barrel of the ESB EE3.

There are several variations of MPP out there. The one used on the ESB EE3 feature the large B Port hole. Unfortunately for us, this is also the version used for the Darth Vader ANH lightsaber, and the ESB Lightsaber that was later reused, with slight moderations for the ROTJ saber. The large B port version is also the version most likely to feature the no-step shroud, which is also a feature of the Vader Sabers, as can be seen here from the MPP I converted for my vader ESB Saber.

Due to the scarcity of MPP units of any kind, I have also included a comparison between a two-cell Heiland, a Small B MPP, and a three-cell Heiland, with rotation to show relative hole positions. I think the two-cell Heiland is the preferable of the Heiland units I have seen.

Staff member
I just pre-ordered this replica by Roman Props. Supposed to ship in December 2020. 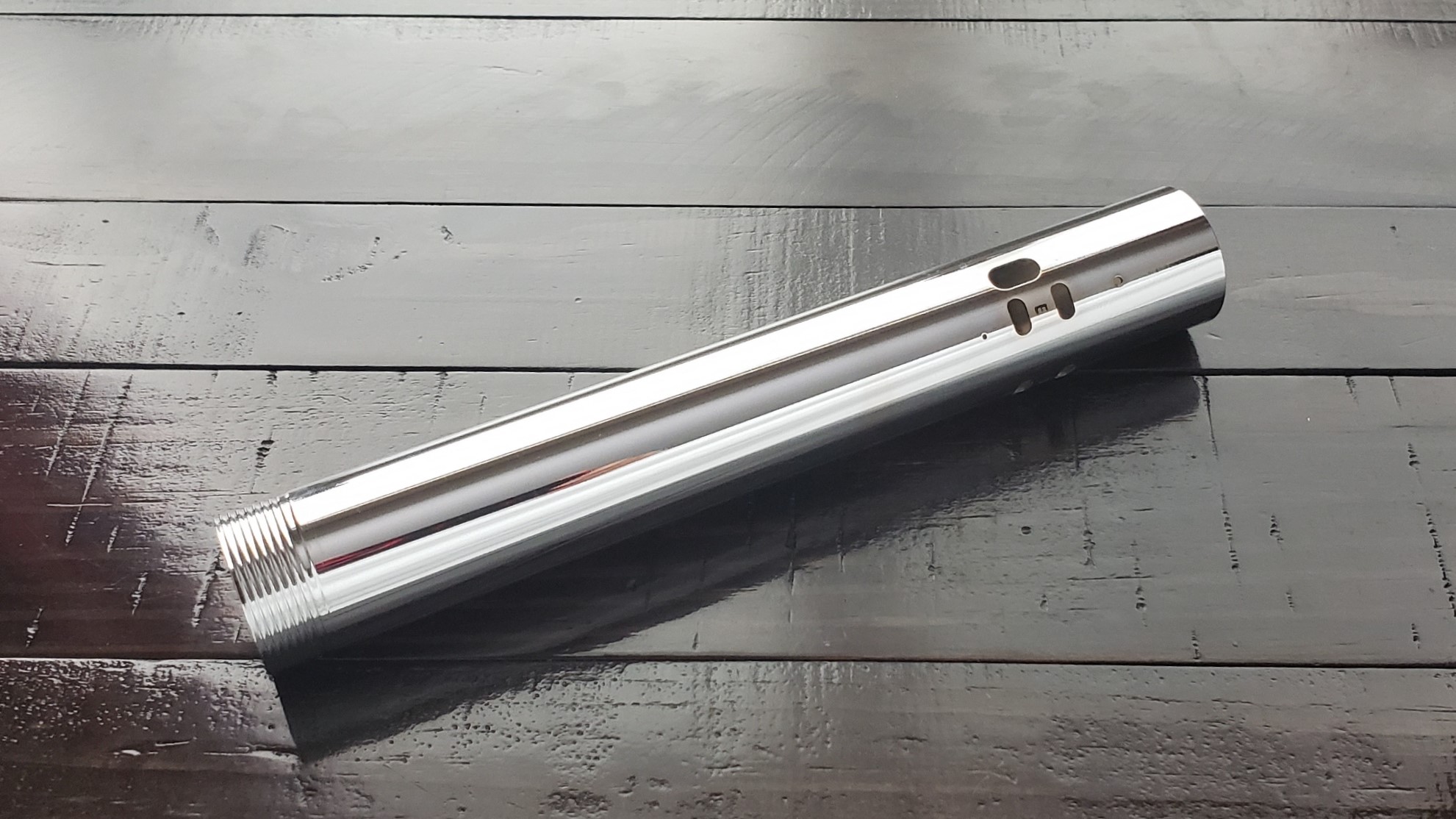 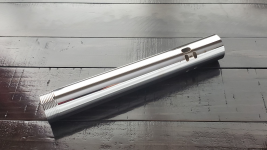 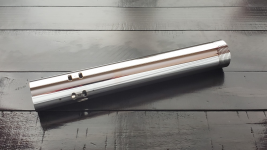 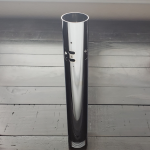 Staff member
I'd thought about Roman's MPP replica parts before but I had previously been told that the rear hole pattern was not a match. Unfortunately these pictures do not show that side. Maybe this is a new version and this issue has been corrected.

intwenothor said:
I'd thought about Roman's MPP replica parts before but I had previously been told that the rear hole pattern was not a match. Unfortunately these pictures do not show that side. Maybe this is a new version and this issue has been corrected.
Click to expand...

Hope you're right. Better than my current Heiland though.

intwenothor said:
Unfortunately these pictures do not show that side.
Click to expand...

The third photo of Roman's replica MPP tube gives away that the problem hole is indeed still a problem, at least in his photographed sample. You can see it by peeking through the "B" port hole. It's possible that the photo shows a tube from his original run and that this new run will be different, but I don't know.

Staff member
Yes, that large circular hole shouldn't be visible through the B port hole in this way.
Obviously, this matters not if you're building a lightsaber replica because this hole is covered by the fittings.

Unfortunately, my remaining MPP has a small B port hole. However, my webley has enough other issues that this is really of little consequence.

Staff member
Can you guys post a photo of what the back should look like? I’m chatting with Roman Props on FB now. 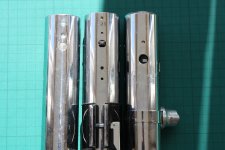 Staff member
And this is the large B port hole version as of about 30 seconds ago.

Staff member
Roman Props said, “It's not something I had considered for the last run since it was under the bulb release, but yes, the size has been addressed for this new run.

Staff member
It might be helpful if that was stated on his page, I suppose. I'll be interested to see what he comes up with as this has the potential to resolve an issue for a lot of people.

Hey Andy (Dana here)
Yeah I asked Roman this time round if he fixed that hole size, and its sounding like he has. Ordered up one today to replace my Parks. Even if I find a MPP someday I just dont know if I can bring myself to drill the additional holes in it hahaha. Least with this one if I get it wrong its a replica and not a 2k+ chrome tube. His replica before really was second to none save for that incorrect hole, which I think accidently came over from a previous replica (larpel or something?) they were using as a disassembly piece while getting external numbers from the loaned MPP Roman had. I hope for this one to match that everybit that and more with the fixed hole. Really love the deeper more stamped looking engravings than the thin ones on my Parks. I think both are technically right but its just preference on my part

Staff member
Hey Dana, you may be correct and it may have been copied over from a previous model such as a Larbel. It'll be great if his new version resolves that particular issue for the EE3 guys.

Staff member
Well, congratulations, whoever you are; you just spent £5050 on an old flash.
Well done, but I think you might be crazy.
Are you sure you can stretch to the postage?!!!! 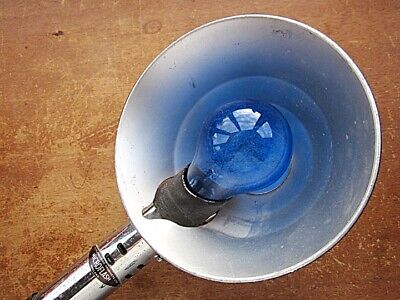 There is also one of the bulbs that it used - these were expendable, as in usable only once.
www.ebay.co.uk

Staff member
I was going to say that this sort of thing sets a dangerous precedent, but I feel that the precedent was probably set some time ago.

I'd be amazed if some of the bidders here weren't involved in the one that went for £4400 earlier this year.

intwenothor said:
Well, congratulations, whoever you are; you just spent £5050 on an old flash.
Well done, but I think you might be crazy.
Are you sure you can stretch to the postage?!!!!

There is also one of the bulbs that it used - these were expendable, as in usable only once.
www.ebay.co.uk
Click to expand...

Good golly sweet christ.. you cant even tell what variant B-port it is in the photos.. what the hell

Staff member
Dana, I know right?! I'd like to think that those with skin in the game got better shots. The pictures from the 4400 (July) sale were much better. If the July buyer and this buyer are the same person then he will likely be able to mix and match the parts for a decent complete unit, which is what I did, just not at these prices. Then the leftovers would still likely fetch a decent price because there would still be a non stepped shroud in the mix.

Unfortunately, this is what happens when bidding gets out of control; everyone who has a MPP flash unit suddenly thinks they're sitting on five grand. This seller has listed this one with that as the starting price. This one is the stepped shroud/small B port version, i.e. the wrong version. 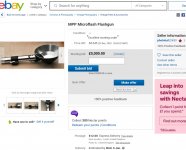